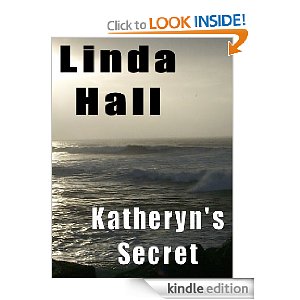 This novel interweaves elements of mystery and suspense with a message of hope. The novel brings healing to those wounded by legalism in the church. Mystery writer Sharon Colebrook finds herself the unexpected recipient of her deceased Aunt Katie's papers, and hopes to learn about a murder Katie had hinted at years before. But as Sharon and her husband Jeff begin to investigate, the carefully kept facade of her strict religious family begins to crumble. Secrets, long buried, begin to surface, and only God's grace can put this family back together again.

The flashlight dimmed. I looked down at it in surprise. Didn't I just put new batteries in? I cursed out loud a couple of times and then rammed the thing against the cement wall. Hard. All I succeeded in doing was cracking the plastic casing. The quality and quantity of light did not change, but remained a dull trickle of pale yellow. I muttered to myself and kept picking my way down the basement steps. When I reached the bottom I held onto the wall with my left hand and used the pinpoint of light to look around. This is where she said she'd be, that mysterious middle-of-the-night caller who had awakened me from a sound, albeit short, sleep a little more than half an hour ago. "Underneath the barn," she had said.

"Underneath the barn?" I didn't know barns had an underneath."

"Just take the steps down at the side of the building. I'll be waiting."

I poked through bits of straw and hay and dried manure and wondered if this whole thing were a practical joke concocted for my birthday. Except my birthday was seven months ago. Well, the joke was on me. Here I was up to my sneakers in manure with a weak flashlight, looking for what? I shook my head realizing that I should have had it examined long ago.

The weird middle-of-the-night muffled voice had talked about life and death and how I was the only one on the face of the earth who could help. Yeah, I bet you say that to all the girls.

But there was something about that whispery voice, something familiar when she woke me with,
"Summer? Summer Whitney? I need to see you."

I'm naturally curious. That's what makes me a good private investigator. I knew I'd never sleep anyway, not after a call like that, so I got up.

Vicki's Comments: The cover could use some work. I think the photo of the ocean isn't working. I don't know why, but sunsets, skies and oceans just don't do it for me as book cover images. There's probably a reason. Maybe because it doesn't show a clear genre? I don't know. However, I do think a new cover would greatly improve the sales of this book. I'd also change the font. I would look at other books in the Mystery/Suspense/Inspirational genre and see what fonts they use. (That's not stealing...it's research.)

I would cut the first two sentences of the book description. The first sentence doesn't say anything about the plot. People read descriptions to get the plot of the novel. The second sentence is subjective. The novel might not bring healing to someone. The third sentence is where the description actually starts. The rest is actually not bad for a description. It's a little vague, what secrets come forth? I'd like to know if the book is dealing with an unwed mother in the family, or an ancestor who robbed a bank. Depending on what the secrets are, it could change the story dramatically. Be more direct with your description.

I liked the beginning of the book. It hooked me. I'd keep reading to find out what happens. I don't think the issues with this book are in the prose. I would change the cover, maybe pay a graphic designer, and get some help polishing up the blurb. This book has potential.

What do you guys think?
Posted by Victorine at 7:57 AM