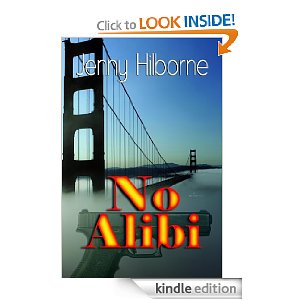 Isabelle Kingsley didn’t think her husband would ever cheat. Her husband didn’t think she would ever find out. Now he is missing, and his mistress is dead. Suspected of killing her, Isabelle turns to her best friend, only to discover another betrayal. Is there no one she can trust?

Homicide cop, John Doucette, is on the case. Something about Isabelle unnerves him. Could she be innocent? If she is, how did the murder weapon come to be in her possession? Someone from her past connects them; someone that Doucette does not want to face.

Doucette must set aside his personal feelings and fears to work through the tangled web of deceit before the case goes cold and a killer goes free.

Through thick and thin. That had always been their motto; until Isabelle Kingsley suspected Darius had betrayed her. He’d been acting strangely for a while. Pre-occupied. Distant.  Reticent.  Isabelle had denied the change in his behavior because acknowledging it forced her to admit to the truth, which was possibly more than she could handle.  For the past few weeks, she’d let it lie there between them, festering away, a cancer that was destroying their friendship.  Until she could stand it no longer.

A rush of wind blew down Lombard Street, awakening fallen leaves and little bits of trash that lay in the gutter.  Isabelle tightened her jacket against the bracing October evening and shivered outside The Candy Bar, a raucous hook-up joint frequented mostly by licentious singles.  Psyching herself up to go inside and confront her best friend, she ran a hand over her short blonde hair to smooth it down, and glanced at her watch, surprised to see it was seven-forty-five.  Damn.  She hadn’t realized it was so late.

An irritated voice came from behind her.  “Hey, lady. Ya going in or not? It’s kinda cold out here.”

Isabelle turned to see a heavy-set man with a crew cut, scowling at her. She forced a tight smile.

He gave her a curt nod, and she stepped aside to let him enter the bar.  The door swung shut behind him, and Isabelle groaned. I can’t do this. She considered the idea of heading back home, forgetting what she suspected and leaving well alone. Maybe it would be better not to know. She stamped her feet to keep the circulation going, thought about why she’d asked Darius to meet her, and gritted her teeth. Damn it, I have a right to know.

Vicki's Comments: I like the concept of the cover, but I don't like the execution. The dusk skyline is too calm for me. The gun hides behind the title, and I'm not a big fan of the two different fonts used. I do like the idea of the bridge, but maybe find a photo a little later at night where it's lit up. I'd make the gun more prominent.

I found it a little odd that the description starts by saying Isabelle never thought her husband would cheat, but then the book starts with her suspecting her husband. I think I would cut that first part off the description, and just start with something like, "When Isabelle suspects her husband of cheating, she does a little digging. But when he goes missing and his mistress shows up dead, she's the prime suspect." But I'm the kind of person that likes to get right down to the nitty gritty of the book.

The part about Isabelle unnerving John makes me think he's creeped out by her. I might change that to a phrase similar to: Something about Isabelle makes him think she's innocent. Are there sparks between these two characters? If so, I would hint to that in the description.

The book starts out with back story. I would suggest cutting the first part and starting with: Isabelle tightened her jacket against the bracing October evening...this gets me right into the story and we'll soon find out the part about her cheating husband and such.

Overall, I think this book can do well. I like the plot and if I read this first bit I would go on to see what happens when she enters the bar. I'm guessing the main issue with sales is the cover image. I would try a redesign and see if sales don't pick up.

What do you guys think?
Posted by Victorine at 12:36 PM

Email ThisBlogThis!Share to TwitterShare to FacebookShare to Pinterest
Labels: Mystery/Suspense