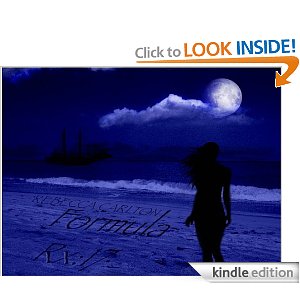 Geric is lured by Dalis to a remote island to practice medicine until his license is reinstated. Upon arrival, Dalis reveals that Geric must erase memories and personal identities from abducted women or face his own demise. While Geric bides his time until an opportunity arises to escape, he is presented with a patient that is resistant to treatment but manages to catch Dalis’ eye.
Livia’s life is spared with the mindset that her immunity is the key to developing an alternate therapy for other resistant women. She serves as Geric’s medical assistant while enduring the aggressive advances of Dalis. The stress of their living conditions proves to be too difficult when the consequence of their reckless behavior triggers a deadline to escape. A deadline that will expose their transgressions…and cost them their lives.

Geric pulled the final photograph off the wall and dropped it into the trash box. He sighed as he leaned down to label the box. After taking another moment to inspect the contents, he turned to the stone paperweight sitting on his desk. The stone still had the stain of the red clay dirt from his parents’ backyard. It had graced every college dorm book shelf and office desk for the last fifteen years and now that he would be forced to return home, it seemed meaningful to bring it along full circle. As he clenched the stone in his hand, its weight reminded him of the burdens his poor decisions had placed on his shoulders.

Geric had no clue what he would be walking into when the young lady came by to request a house visit. She brought him to a bedridden old woman with pain filled eyes suffering from stomach cancer. The young woman explained that over the years her grandmother’s tolerance had heightened to levels that no doctor felt comfortable prescribing. She gathered all their belongings and moved them from town to town in search of a doctor willing to give the old woman relief during her final time. Geric became a doctor to help people who had no means to help themselves. His own homeland was riddled with old women just like the one lying in the bed staring back at him, in need of help with no one willing to assist them. He came to this country because he could not make a living off of kind gestures and saw the situation before him as an opportunity to give back to those who were less fortunate.

The old woman never spoke. She only stared at the ceiling as if she were begging for a release sooner than it came to her.

Vicki's Comments: The first thing I notice here is the author lists this book as a thriller, and yet the description adds in some science fiction to the mix. That's fine, but it needs to portray that on the cover and the marketing needs to be to people who like science fiction thrillers, if this is indeed a sci-fi thriller.

The cover needs work. I suggest the cover be the standard size so it doesn't stand out (in a bad way) compared to the other covers on Amazon. The type blends in, and is barely legible. I would use a different picture, one that portrays the genre better, and make sure the type is clear.

The description could use some more punch too. Someone being lured to an island to practice medicine isn't very exciting, and that's the first sentence. I'd make the first sentence the best you can make it, something that will grab the reader and make them want to read the book. It doesn't have to be a synopsis of the book, just enough information so the reader knows what kind of book it will be, and a good hook.

The writing was good but it was all back story. I try not to put any back story into the first chapter, and even after that I try to sneak it in rather than have large paragraphs of back story. The scene starts with a man packing up his stuff. I'm confused by the first two sentences. He throws a picture from the wall in the trash box, but then leans down to label the box? Why would you label a box of trash? Why not throw it out?

I would suggest a new cover, tighten up the blurb, and maybe cut the first scene so the book opens at a more exciting part.

What do you guys think?
Posted by Victorine at 6:54 PM