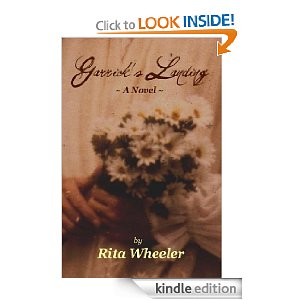 In the frenzied days after the start of WWII, seventeen-year-old Lainey Marston, daughter of a prominent Nashville banker, lets her newly-enlisted boyfriend convince her to elope even though she knows her father disapproves of the young man and of his fanatically religious family. Within hours after promising to love, honor and obey, Lainey knows that her father was right—she has made a terrible mistake. What she doesn’t know is that the marriage has set in motion a series of events that will bring her face to face with her own death.

That was the honest truth, but how she was going to explain that to her daddy she didn’t know since it barely made any sense at all, even to her.

They were on their way back to Nashville late Sunday morning, she and Brice, and Kenny and Joelle, after two quickie marriages in Corinth, Mississippi—no blood tests required there to slow things down—followed by two nights in adjoining rooms at the Peabody Hotel in Memphis.

The noon sun was high in a cloudless sky and the temperature way higher, Lainey thought, than it had any right to be so early in June.  Lainey was driving.  She was the only one drinking Coca-Cola instead of highballs these last three days, and besides, it was her car.  She hadn’t even let Brice drive when he wanted the keys and threw a fit when she wouldn’t give them to him after they came out of the courthouse married and with her still in a state of shock.

She glanced at him now and again, slouched down and snoring with his mouth open and his head resting against the window frame.  His uniform was a wrinkled mess and with the way the Army had nearly shaved him bald, she’d barely recognized him when he got home on furlough.

She had a picture in her billfold of the Brice Garrick she knew before he joined the Army, and that Brice Garrick, the one of him in his football uniform holding his helmet down at his side, that Brice with his thick, black hair and strong jaw and that little indention in his chin she’d always loved—that Brice barely looked anything like the one next to her with the little nicks all over his face where he cut himself shaving just before they left this morning.

Vicki's Comments: I kind of like the picture on the cover, but I'm not sure. It's dark and a little blurry but that makes it look old and almost depressing which might fit the book. The font doesn't go with it, though, and it's hard to read so I would change the font. I'm on the fence about the photo. I think it gives the message that this is a sad book. If that fits I might suggest leaving it. If the book isn't sad, I would change the photo.

The description isn't bad, although it could be tightened up a little bit. I want to know more about why marrying this guy would threaten her life. Is he abusive? Is the religion a cult and they're going to sacrifice her in some ritual? If I can get a little peek at what is threatening her life I think that would help the description.

I'm not a huge fan of the writing, I think it can be tightened up a bit too. Some of the sentences seemed long and clunky to me. I think some of the passive language can be reworked. I also prefer to start a novel right in the scene rather than starting with back story. I might cut some of the front matter off and start the novel without the back story.

What do you guys think?
Posted by Victorine at 10:16 AM

Email ThisBlogThis!Share to TwitterShare to FacebookShare to Pinterest
Labels: Literary