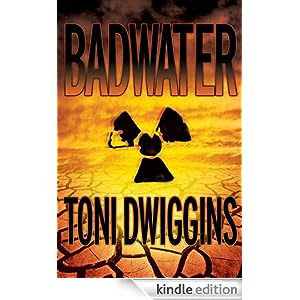 "Fans of
Nevada Barr will love this book..."

What if your job is to find the thing you fear most?

When a freight truck is hijacked, forensic geologists Cassie Oldfield and her partner Walter Shaws track the mineral trail into Death Valley. The stolen cargo they seek is hotter than the desert in August: radioactive waste.

As scientists, Cassie and her partner Walter are familiar with background radiation in the rocks they study. But as a woman of child-bearing age and a man of advancing years, they become acutely aware of the risk of their hunt. How many exposures are too many? What's safe? More immediately, what's lethal?

"Fans of Nevada
Barr will love this suspenseful literary mystery, where the brutal
Death Valley landscape is as much a character as the renegade
radworkers, dangerously eccentric desert rats, and dogged geologists
trying to prevent a nuclear disaster."
--Lisa Brackmann, author of the literary suspense novel ROCK PAPER
TIGER, an Amazon 2010 Top 10 Mystery & Thriller Pick

"In this superb, taut, action-packed
thriller set in the California desert, a highway hijacking turns
toxic and Cassie Oldfield, forensic geologist, is called in to help
the FBI and the EPA's Radiological Emergency Response Team track
down stolen casks of nuclear waste. Sophisticated soil analysis is
not normally a deadly occupation, yet before it's all over, Cassie
comes face to face with a sociopathic killer and with her own
mortality. Notice to criminals: Watch out for Cassie! She knows
where you've been. Fans of Nevada Barr are going to love this book
just as much as I did."
--Marcia Talley, Agatha
and Anthony award-winning author of A QUIET DEATH and nine previous
Hannah Ives mysteries

"BADWATER is
superb. It has a great plot with many twists and surprises, featuring
real-life characters. The author did a very fine job of
characterizing the disconnect between all the measures intended to
assure safety and the reality of things sometimes being unsafe. Truly
well-written and engaging. A joy to read."
--David
Lochbaum, head of the Nuclear Safety Project, Union of Concerned
Scientists

There was something odd about the figure coming down the dark road and I was not going to be happy until I could put my eyes on the details.

Walter, stowing the donut bag in his field pack, hadn’t yet noticed.

Uphill of the figure, spotlights cracked the deep night and more could be seen. Big vehicles clogged the road. Adjacent to the road, yellow rope zoned off a chunk of desert where a tractor-trailer lay on its side. Well uphill of the crash was another roped and spotlit area, occupied by a hulking crane. What was the crane doing off on its lonesome?

I refocused on the figure. “Somebody’s coming. A man, I think. But odd.”

Walter looked, straining to see. “You have young eyes.”

“It’s more a question of what jumps out at you.”

“Cassie, what jumps out at me in the dead of night belongs in the realm of bad poetry.”

I smiled. He would know.

“However,” he said, still peering, “that is an odd gait.”

That it was, perhaps due to the muddied condition of the road. I glanced at the sky, where a cloud roof glowed beneath a hidden moon. Summer thunderstorm—local, wherever precisely local was. It had been clear twenty minutes ago in Mammoth, our home base in the Sierra mountains. We run a two-person lab and what we do for a living is read earth evidence at the crime scene. We’d headed for this scene truly in the dark. The FBI sent a helicopter but provided few details. We’d flown east from the Sierra, crossing California into Nevada, then bellied down to the dark desert.

And here we waited, speculating. All too often, the geological evidence gets overlooked. This time, though, the FBI considered it urgent enough to bring us by chopper, and that impressed me deeply.

Vicki's Comments: I love the cover for this book. I think it depicts the book and genre well. I don't think I'd change a thing with it.

The description could use a little trimming. I would start with "When a freight truck..." and cut the stuff above. I'd also leave off the reviews, but that could just be me. I don't put a lot of stock in reviews put up by the author. If it was just one blurb from a famous author, maybe, but short and sweet is how I prefer that kind of thing. Other than a little trimming, I think the blurb is good. It's strong to me, and sells the book, in my opinion.

I also think the first 300 words are very strong. It draws me into the story, and I want to read more.

Honestly, this book has not been available for long, less than two months. The number sold is good for a book that just came out. Why is this book not selling? It's too new. Give it time and let the sales grow naturally as the book gets reviews from book bloggers and such. That's my best assessment. I think this book is very strong and will see powerful sales, especially with a second book out. Keep writing.

What do you guys think?
Posted by Victorine at 7:07 PM