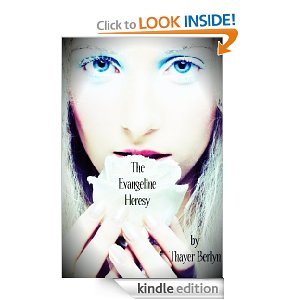 Deep in the green forest, there exists a creature unlike any other. Some say a witch, but some say a lot of things.

Dr. Ethan Broughton has agreed to investigate a potent medicinal plant, and a rumor of curative miracles on Porringer Hill in East Tennessee. What he finds, is an isolated community of disturbing superstition centered on one woman, Ana Lagori, a local apothecary with a mysterious ability to heal all wounds. What at first seems little more than a clever deception, soon propels Ethan into an abyss of shadowy forest haunts, unsettling interactions and the perilous web of a legacy that traces its origin back to antiquity.

The notes of Dr. Ethan Broughton

It was the morning some kind of holy sprite dropped from a flowering hawthorn tree.

In the spring of 1935, Dr. Leland Broughton and two colleagues were hiking alongside the Cutler creek in search of a rare botanical, known in mountain lay term as blue poke: a delicate wild plant with a velvety sapphire blossom resembling a small pouch. When squeezed between the fingertips, this scarce bloom produces a warm, purplish juice with acute antiseptic properties. Broughton discovered reference to the plant in the writings of one Dr. Charles Holt from Durham, who, himself, described an observation of its curative powers in 1928, at the hands of a "granny" in East Tennessee.

The wonder of either testimony or madness came when the adventurous Dr. Broughton clipped the backside of a nesting pit viper with his boot heel.

Flushed under the maturating toxin spreading from his inner thigh, Broughton waited alone for his comrades to return with aid, by way of a homestead not a quarter mile down creek side. Through a sediment of increasing delirium, he watched the milky figure of a strikingly pale young woman slip from her hidden perch on a nearby hawthorn branch and, with preternatural calm, move closer to assess the wound with a critical eye. She whispered, then, an unusual inquiry, which brushed against Broughton's ear like the swaying fronds of a wild fern. He breathed a heavy gasp in response, nearly losing consciousness when the woman’s front teeth molded into the grooved fangs of the deadly serpent. He cried out, in agony, when those hollow spears tore deep into the injury.

Comments: I kind of like the image of the girl on the cover, although it makes me think it's a paranormal story instead of a fantasy. The title is very small and hard to read. I'm also not sure what an Evangeline Heresy is. I mean, I know that heresy is, but it doesn't seem to work well in the title. I think readers like to be challenged a little, but starting out by confusing the reader might not be a great idea. I would suggest at least making the title larger, and possibly changing the name.

The blurb was hard to read because of all the misplaced commas. I would get help with it from an editor. Most editors will help with the blurb if you hire them to edit the book. The comma issue in the description makes me think the book is unedited and makes me want to stay away.

As for the content of the description, I think there are some things going for it. I like the ability to heal all wounds bit. I don't like that the beginning calls her a creature. This makes me think of big foot or some other hairy monster. There's also some vague language used, which doesn't help the reader figure out what kind of a book they are getting. Things like "creature unlike any other - an abyss of shadowy forest haunts - unsettling interactions - perilous web of a legacy." These are too vague and don't help me visualize what I'm going to be reading about.

When something unexpected happens to Mary, she takes the initiative and puts things into her own hands. Transported into a whole new world, Mary must try to figure out who is a friend and who is an enemy. The tension increases when Mary is put into more difficult situations. With everything on the line, Mary finds herself making the choices no person ever wants to make.

What kind of a book is this? Is this set in future times? The past? Is she in the forest, or a city? Does she move to a new place or get transported through a time machine? Is this book like the Chronicles of Narnia or like The Hunger Games? I can't tell a blessed thing from the vague sentences here. And yet, we as authors love to use these kinds of phrases when we write our book blurbs. The best thing I ever did was type up each sentence in Word on a separate line and pick it apart, looking for vague stuff, and cutting it out making it more specific. I would try that with this blurb.

The beginning of the book confuses me. It states these are the notes of Dr. Ethan Broughton, and yet it doesn't read like his notes at all past the first sentence. I would expect his notes to be written in first person. I would suggest taking out the bit about his notes. We should be able to figure out we are in the Dr.'s perspective by the writing.

The rest of the opening is all back story. It's told like we are looking back at what has happened. This doesn't bring the reader into the book. I want to know what is happening right now, not what happened a while ago. Show these things happening in the moment, rather than telling it like it's back story. Unfortunately I would suggest rewriting the beginning and possibly getting some help from a critique group. My favorite is www.critiquecircle.com.

What do you guys think?
Posted by Victorine at 5:02 PM