Listen to Your Heart 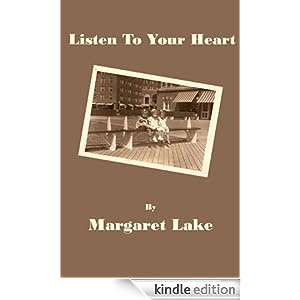 Listen to Your Heart

World War I - Lena Manning is barely 20 years old and already a war widow with a baby on the way. Her church takes care of her, gives her employment and wraps her in its secure world. When the bishop appoints a new pastor, a young, handsome widower, she is forced to seek other employment to avoid any hint of scandal.

Her new job as social secretary to the wife of a wealthy New York banker thrusts her into a seductive world of money and privilege. When the son of the house pursues her, he awakens feelings she thought long dead.

Can she survive his secrets or will fear send her running back to the security of her church and the pastor who waits for her there?

They hadn't known she was pregnant when Jack was sent with the AEF to fight in France. She had stood on the docks in New York with hundreds of other wives, mothers and girlfriends, all of them waving madly, never dreaming he wouldn't return to her. Not coming back to her was a nightmare; not a dream.

It must have happened that last night they were together when they turned to each other over and over, clinging desperately until the last minute. At least Lena had clung. In her heart, she knew as the dawn approached, that he was already far away from her, thinking about France and the coming fight.

He was always a scrapper, her Jack. He figured that once the American's got into the war, the Huns would turn tail and run. He only hoped he would get a chance to fight before it was all over.

The few letters she received were hastily written in pencil on torn scraps of paper. He talked about training and then trenches and rain and mud and the constant bombardment by the Germans. He was anxious to get into the fight, but that hadn't happened. The English and the French had lost many thousands of troops and were no longer willing to risk a frontal attack.

Now that the Americans were there, things were different. When the order came to go over the top, Jack had scrambled up the ladder and gone no more than a few yards when a German shell took away his chance for glory.

Lena had never told Jack he was going to be a father. She was afraid the news would distract him when he needed to focus on staying alive. Now all she could do was wonder if knowing about the baby would have made him more determined to come home; less willing to take chances. It was an agonizing thought that haunted her at night in her lonely bed.

Vicki's Comments: The first thing that came to my mind as I looked at this was the cover needs some work. The cover doesn't say romance to me at all. Since the romance is the central theme of this book, I would indicate that on the cover instead of the children. Sure, it's a sweet romance, so don't use a bare chested man or a scantily clad woman, but I think the historical romance can be conveyed by having at least a man or a woman on the front, preferably both.

The description could use some work, IMHO. I wouldn't start with the title. Most descriptions just go right into it, and if they want to know the title they can look at the top of the page or on the book cover. I'm a huge fan of the "when" formula for descriptions. "When such and such event happens, your main character—a descriptive adjective, age, professional occupation—must confront further conflict and triumph in his or her own special way." (I copied this directly from AgentQuery.com. They have examples if anyone wants to see. They are talking about query letters, but I think it translates well to blurbs.) I always try to sum up a book using the "when" formula, and then go from there. I might end up rewriting, but I think it's a good place to start.

As for the first chapter, I'm not a huge fan of starting off with an omniscient point of view, or back story, and this has both. If it were me, I would start right off with an opening scene that gets the reader right into the here and now. But I admit that some people don't mind a book starting with back story. And it's well written, so I can't complain about that. It's just my personal tastes when sampling a book. I'm much less likely to be hooked by back story.

In the end, though, I think the main issue with this book is the cover. If anything should be changed, I would suggest it be this. People should be able to see this is a historical romance at a glance.

Your turn, why do you think this book isn't selling?
Posted by Victorine at 10:25 AM