How Could She Do It 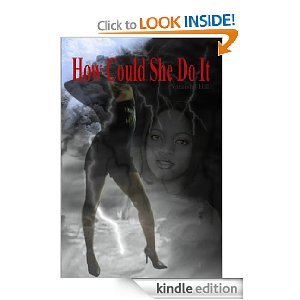 A young woman named, Kayla, tries to pursue her dreams as well as have a happy personal life beyond her career. However, she gets side-tracked and allows negative situations to interfere with the important things that she should focus on. There are people in her life who are deceitful, abusive, and shady in every way, but instead of removing them from her life, she only fuels the fire by seeking revenge and doing deceitful things that she feels will justify what others have done to her.

After I graduated from high school, my life had begun to take a dramatic change. I was feeling trapped in my relationship with Jeremy, the jerk, and I knew I had to do something different. I knew Jeremy from high school. He was star of the basketball team, on the student council, and a senior. His father owned a chain of furniture stores that lead him to be partially wealthy. He was about 5’11 with fair brown skin and a medium athletic build. I use to see him play at home games, but I never spoke to him. We didn’t begin our relationship until after he graduated when he approached me at the mall. In the beginning, Jeremy would do everything with me. We’d go out to lunch, dinners, movies, and he showered me with gifts. Watches, rings, outfits, money here and there, and whatever else, you name it. Further into courtship, I detected small control problems such as constant calls and texts from him. Also from time to time, I noticed him making small remarks such as “damn it sure took you a long time to answer your phone” or when we hadn’t seen each other earlier in day and he would see me later on he’d say “you must have had better plans than being with me.” He made sure that I knew that there would be no other man as good for me and to me as he was. I paid it no mind because I just figured it was normal for a man to make such a claim, you know, like an ego thing. Little did I know what this psycho had in store.

After a few months into dating Jeremy, our relationship turned into a dictatorship. He always wanted to know where I was going, what time I was going home, how was I going to get there, and every other detail.

Vicki's Comments: The cover confused me. I like the faded out face, but it gives it a paranormal look which I don't think you want on this book. I don't like the legs that go up and then...well, where's the poor girl's head? Looks like it fell off. I will say I do like the font. The only problem is that it's hard to read the title and the author's name is too tiny. I would recommend a different cover, or a remake of this one.

"Relationships" isn't really a genre. By reading the description, I'm going to guess that this book would probably fall into a general fiction or women's fiction genre. If you search out other books in that genre that sell well, and maybe design a cover that is similar, you'll have better luck with sales.

The description needs some work. I stink at writing blurbs, so I totally sympathize. I usually get a lot of help from other authors when I'm hashing out my descriptions. I find that they usually can tell what does work and what doesn't much better than I can.

The beginning of the book needs some help too. I would highly suggest joining a critique group and posting some chapters to get some feedback. I would also hire an editor, as I do see some things that need fixing. But don't worry, I think the premise of the book sounds interesting. I think we can all connect with Kayla, wanting to enact revenge on those who have harmed us. I think there is a story in here that can come forth and shine, I just think it needs some work.

What do you guys think?
Posted by Victorine at 1:10 PM