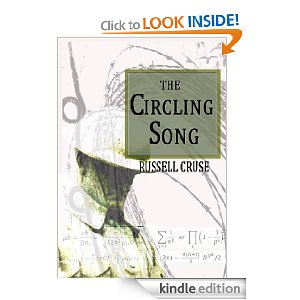 To Dr. Pennyworth, Private Henry Lawrence appears to be just another wounded soldier but slowly he begins to realise that Lawrence experiences the world in a unique and inexplicable manner.

From the chaos of The Great War, Lawrence begins to create order.

And Mathematics is struggling to keep up.

Pennyworth and a Cambridge mathematician, widowed by the war, work together to unlock the mysterious mind of Henry Lawrence and to determine how he intends to use it.

Then, they must decide whether to assist him or stop him.

The story of Henry Lawrence is told here through the correspondence, private papers and published works of those who knew him.

Sir Maxwell has told me that I should keep a journal. He says it may help. I don’t think that it will. Although he is an approachable gentleman and not so stuffy as one might think, he is a doctor and although I’m sure he wants to help me, I believe that his true motive is to try to understand what is wrong with me. Wrong? When I regained consciousness, I could have cried with joy! To be alive and to be whole and to be unafraid! Only later did I realise that I might not be the same man I had been scant hours before; that he was gone forever. And that soon I would not care.

Although it is not visible, I can clearly remember everything from before; home, parents, friends, comrades. The thoughts make pictures in my mind, yet before of course, there was no “seeing” as I see now. There was no “knowing” as I know now. But there is remembering. Remembering how the patrol was caught in the open; how Armitage lay dying and how he wept for his mother. Remembering Streeter giving him water, his own and his friend’s hands entwined, clutching the flask between them. And Armitage, blinded by steel and blood and filth, drinking; talking between grateful gulps, to his best friend who was watching him die. Watching, until shrapnel took his head. Armitage, oblivious, carried on drinking and talking; tended by a headless corpse, until he drank and spoke no more.

There was the grief, the terror and the despair. Lawrence running, he knew not where. Back to our lines; towards the enemy; it didn’t matter. He just needed to be away from that place. Staggering, falling, crawling, weeping.

First off, good job. Writing and cover design is hard work. When I saw your cover, the first thing I did was stare for a very long time trying to figure out what it was. I'm still not entirely sure, but I think I make out a woman's form, I see a note and some mathematic insignia. NO. Wait. That's a man. A soldier...I read the product description and worked it out from there. My first thought is, if I have to work that hard to figure out what the cover is, it should probably be played with. I see what you're going for though. I can also see you worked to incorporate the elements of your book. You may, in fact, be able to keep this picture collage, but the placement of the title interferes with the picture. My suggestion would be to play around with different ways to place your title and name, allowing the picture to be seen better. IF you are not attached to the picture, I'd say try to find a way to make the cover pop. The drab colors (I get it, army drab...but it's not selling and I must admit, I like and write historical fiction, it was my intended route to have a very muted cover) don't scream buy me.

The description could use some love. I think the description is one of the hardest things to write. I just did it myself and it was weeks of struggle. A friend suggested I write a hook line first and go from there. That helped me considerably. I will say, after I read it a few times, I understood. I believe we're looking at "A Beautiful Mind" situation? Or maybe a savant? Very intriguing.

Regarding the 1st 300. Again. Some editing is advised. You are writing good stuff. I liked it, but I did have to read it a couple of times, so some attention to grammar and maybe sentence structure to clear things up might help you. It was powerful. I would cut the first paragraph. That is a slow read. The excitement of the second paragraph is powerful. The 3rd paragraph threw me, as I thought the narrator was talking, but then he said "Lawrence running..." and it seemed as though someone else was describing the scene. I think clearing up who is sitting with Armitage, where Lawrence is physically, in the scheme of that scene, might be nice. Maybe incorporate the information in the first paragraph later.

Good work. I think this is worth working on. Sounds like a good story to me!
Posted by Victorine at 7:24 AM